You are here: Home / About us / Committees and Staff / Executive Committee

The Chair of the ENMC Executive Committee:

Dr Alexandre Méjat has been a member of the Executive Committee of ENMC since November 2015.

PhD in molecular and cellular biology by training, Dr Méjat has been working on neuromuscular junction defects and Emery Dreifuss muscular dystrophy in France and USA. He led a research group in Lyon during 8 years before becoming Scientific International Affairs manager for AFM Telethon.

Alexandre was previously member of the Board of Directors of the Institute for Stem cells research (I Stem, Evry, France. From 2005 to 2017) and AFM-Telethon (Evry, France. From 2010 to 2017). He is now implicated in several international networks and consortia such as the ERN-EuroNMD, the European Joint Program on Rare Diseases (EJP-RD) and the International Rare Diseases Research Consortium (IRDiRC).

Personnally affected by a Bethlem myopathy, Alexandre is also an elected member of the Board of Directors of EURORDIS and represents the patients’ voice in the Executive Committee.

Our current members are:

Since 2009, Dr Arpad von Moers is member of the Executive Committee (EC) of the ENMC as representative of the “Deutsche Gesellschaft für Muskelkranke“ (DGM).

Dr von Moers is pediatrician and serves as medical director of DRK Kliniken Berlin, Germany. He is head of the Department of Pediatric and Adolescent Medicine since 2005. Dr von Moers is co-director of the nationwide child abuse and neglect helpline for medical professionals and he is head of the Berliner Transitions Program, by now a nationwide applicable transition platform.

Dr Kate Adcock, has been Director of Research and Innovation at Muscular Dystrophy UK (MD-UK) since 2018. Kate has a PhD in Neuroscience and spent time as a post-doctoral assistant in Switzerland before starting to work in research funding in 2005. Her key focus is delivering the charity’s research strategy as well as building new partnerships with funding bodies and other UK and international organisations.

Dr Anna Ambrosini represents Fondazione Telethon Italy in the ENMC Executive Committee. Anna is Chief Scientific Officer for AriSLA, a Foundation dedicated to support research on Amyotrophic Lateral Sclerosis which involves Telethon, the main Italian patient organisation, together with other partners. She is responsible for developing clinical research programmes in the field of inherited neuromuscular diseases and is member of the TREAT-NMD Global Registry Oversight Committee and Vice-President of the Italian TREAT-NMD Registry. Anna has a PhD in pharmacology.

Dr Simone van den Berge (Prinses Beatrix fonds, The Netherlands) is senior research coordinator at the Prinses Beatrix Spierfonds, the Dutch neuromuscular foundation. She has worked there since 2011, coordinating different grant rounds and a talent program. She is also actively involved in patient participation and communication regarding research. Simone has a PhD in neuroscience. As a member of the ENMC Executive Committee, Simone hopes to contribute to the wonderful international network of researchers and other stakeholders that has been built. Things in the neuromuscular field are changing rapidly and with multiple new therapies in the pipeline, collaboration is more important than ever.

Dr Ingeborg Meijer is a member of the Board of Spierziekten Nederland, the Dutch patient organisation of people with neuromuscular diseases. She has a PhD in biomedicine from the University of Leiden, and worked subsequently in a biotech company (Celltech), in health research policy (Gezondheidsraad-RGO) and in European science innovation and technology policy evaluation (Technopolis Group) before returning to academia. As a researcher at the Center for Science and Technology Studies (CWTS) her focus is on the societal use of research, investigating researcher and stakeholder visions and values.

Mr Henrik Ib Jørgensen has since 2007 been Chief Executive Officer of Muskelsvindfonden – the Danish patient organization for neuromuscular diseases – and the internationally awarded holiday-, sport- and conferencecenter Musholm, founded by Muskelsvindfonden in 1998. He is member of the board at Danish National Rehabilitation Centre for Neuromuscular Diseases and has been delegate in SMA Europe since 2018. Henrik Ib Jørgensen is educated at Copenhagen Business School 2006 in economy, strategy and organizational development. 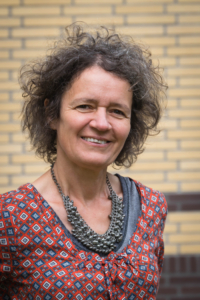 Dr Raffaella Willmann has represented the Swiss Foundation for Research on Muscle Disease (FSRMM) at ENMC since 2012. She has a PhD in biochemistry and was an active researcher in the field of muscle physiology and neuromuscular junction formation. In 2007, she joined the TREAT-NMD network and worked on the realisation and publication of standards and guidelines for preclinical studies in animal models of neuromuscular diseases. Her present interests are the implementation of quality in the preclinical research for neuromuscular diseases and the translation to therapeutic treatments.