News
You are here: Home / Biomarkers in DMD

This workshop was co-sponsored by the American Parent Project Muscular Dystrophy, the Dutch ZonMw Association and Genzyme Europe BV

Biomarkers are defined as cellular, biochemical, molecular alterations or features  that are measurable in biological material and that can provide information on physiological or pathological processes. Biomarkers may be used in differential and early diagnosis, and in monitoring of disease progression, regression, or therapeutic response. Duchenne Muscular Dystrophy (DMD) is a severe hereditary muscle disorder due to a wide variety of dystrophin gene mutations and presenting with variable clinical severity.

Recently novel experimental drugs have been developed for DMD and several trials are ongoing, raising the urgent need of having fine tools for measuring the trial outcomes as well as for optimizing the selection of eligible patients. Biomarkers are appealing since may show earlier response to treatment and may not necessarily require invasive sampling, allowing their assessment at multiple endpoints.

This ENMC workshop was focused on biomarkers in DMD and aimed at sharing experience and results among the international Community working on DMD and other neuromuscular disorders. 26 EU and USA experts participated, and among these almost all partners of the BIO-NMD EU project attended. Given the rarity of DMD and other NMDs, this large and intercontinental collaborative cooperation is needed to address this topic, also accordingly to the IRDiRC (ww.irdirc.org) initiative.  Specific representative of regulatory bodies, EMA and FDA, were not present, but the EMA perspectives and biomarkers rules were presented by an EMA-affiliated. The remaining representatives were from academic medical centers from EU and North America.

The workshop focused on the following main topics:

A comprehensive overview on biomarker research in DMD, highlighting both established and yet unpublished data, was presented. EMA rules and mechanistic pathways underlining biomarker discovery and development were presented clarifying the role biomarkers may have in clinical trials (surrogate/accompanying) or disease stratification (diagnostics/prognostics).

Types of biomarkers, discovery tasks, strategies and clinical applications were extensively presented. A session was dedicated to the already known DMD biomarkers (DNA, RNA, proteins) and their potential role in clinical trials. The utility of biomarkers can be influenced by genetic, phenotypic and environmental factors (disease severity, steroids, mutation types, genetic modifiers) and examples of these and the complexity of their interpretation were presented.

A significant part of the workshop was dedicated on planning the future research to implement some of the early findings on biomarkers into clinical applications. Potential collaborations, the need for early dialogue with the FDA and EMA, and efforts for research harmonization were intensively and fruitfully discussed.

The following conclusions were reached:

A full workshop report is published in Neuromuscular Disorders (pdf) 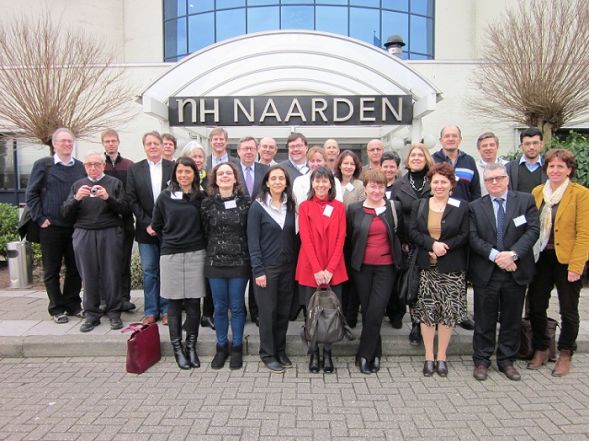