The workshop focused upon meeting two concrete objectives: a review of available CMD data with regard to natural history and motor function to identify a set of clinical functional classes and the need of appropriate scales that could be used as outcome measures ; and a review of available CMD case report forms to launch an international CMD longitudinal study.  Each clinician presented CMD subtype specific patient cohort data with an emphasis on assessing functional vital capacity decline, start of assisted ventilation and weight/diet supplementation versus age.  The physiotherapists presented limited data sets regarding CMD cohorts across a variety of motor scales. A new upper limb scale validated in spinal muscular atrophy, an upper limb strength test developed for nonambulatory boys with Duchenne and a novel motriplate were presented.  Complex integrated motor scales, including the EK2 scale and actimetry by accelerometry were described, along with existing neuromuscular-oriented quality of life and caregiver burden scales that are not currently validated in the CMD population.

Presentations by pharmaceutical industry representatives helped guide the conversation to clinical trial readiness from a pharmaceutical and regulatory agency perspective, underscoring the need to define primary and secondary outcome measures that are not only clinically meaningful yet address conservative survival endpoints and quality of life.  Preliminary results from a recent caregiver and affected individual survey organized by Cure CMD, demonstrated caregiver burden correlates to changes in the affected individual's strength and ability to complete activities of daily living, while for affected individuals, positive and negative meaningful change correlates most highly with changes in strength and ambulation.

A priority has been placed on gathering FVC (forced ventilation capacity) data for collagen VI and SEPN1 patients in light of 2 potentially imminent clinical trials in these patient cohorts.  In addition, over 100 CMD patient charts with motor scale data will be extracted in London and subjected to Rasch analysis in the next month to identify how the particular motor scale employed captures children with CMD on both ends of the spectrum: weak and stronger (with some thought given to implications of score in the setting of contractures and/or cognitive impairment).  A Rasch analysis is a psychometric tool to evaluate the ability of a scale to measure meaningful change across an entire patient population.

A follow up international physiotherapy meeting has been set for May 14-15th 2010 to review Rasch analysis and pull core CMD elements from a group of existing motor scales (Hammersmith, MFM32, MFM20, Northstar, Upper Limb Scale).  This meeting will determine whether the current scales capture the CMD population. If current motor scales are not adequate, the meeting will devise a new CMD motor scale for those children who are ambulatory/nonambulatory age >5 yrs.

A subsequent international CMD Outcome Measure validation study will take place on June 12-13th 2010 at the National Institute of Health in Washington, DC with a focused approach on children >age 5 with collagen VI myopathy and merosin deficient CMD.

CMD case report forms were reviewed to streamline and revise common data elements. A decision was made to bring together an international CMD consortium, including physicians, advocacy and the pharmaceutical industry to assist with strategic development of a therapeutic roadmap and data collection using a set of defined guidelines.The 173rd ENMC /TREAT-NMD  CMD Outcome Measure workshop was funded by ENMC, TREAT-NMD, Santhera and Cure CMD. 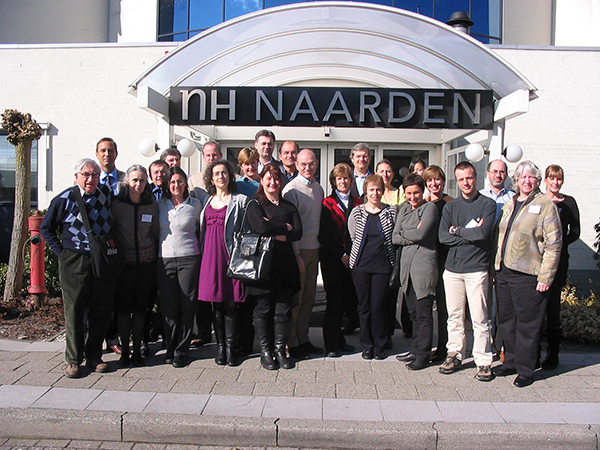