Description:
To reassess the nomenclature of the limb girdle muscular dystrophies (LGMD)

Description of the workshop:

The 229th ENMC workshop entitled ‘Limb Girdle Muscular Dystrophies – Nomenclature and reformed Classification’ took place from the 17th to the 19th of March 2017 in Naarden, The Netherlands. A multidisciplinary group of 20 people from 9 countries (UK, Italy, France, USA, Netherlands, Georgia, Finland, Germany and Denmark) attended the workshop. These included: clinicians, experts in disease classification systems, patients with LGMD, and representatives from patient organisations (Jain Foundation Inc, the Beta-Sarcoglycanopathy Family Group, Spierziekten Nederland and Muscular Dystrophy UK). This workshop had the difficult task of revisiting the definition of LGMD and to discuss and propose a new classification system for LGMD sub-types that will be most useful to patients, researchers and clinicians and comply with classification systems established by OMIM (Online Mendelian Inheritance in Man), Orphanet and ICD (International Classification of Diseases)-11.

The term ‘Limb girdle muscular dystrophy’ was introduced in 1954 by Walton and Nattrass to describe a group of patients who had weakness affecting the muscles of the shoulders and the pelvic region and that were clinically different from patients with other, more clearly defined muscle disease, e.g. Duchenne muscular dystrophy. Through advances in genetic diagnostic testing more than 30 different sub-types of LGMD have now been identified and named according to a classification system introduced 22 years ago. As the term LGMD was used in a fairly unspecific manner, many conditions being classified as LGMD had very little in common with other sub-types. Because of the inconsistent clinical presentation among the various subtypes and due to the limits of the current classification system, it was felt that a new classification system should be established.

The experts in disease classification systems highlighted some of the common pitfalls and the purpose of developing clear systematic nomenclature. It was explained how new discoveries of LGMD sub-types are classified currently and how they are entered into the online genetic resources used by clinicians and researchers such as OMIM or the ICD. A very important point that was made was that when a disease gets a new name, the old name will not disappear. OMIM will put the new name on top, but all former names will remain listed as well. Next, several presentations pointed out the wide range of clinical differences between sub-types, such as the development of joint stiffness, heart or respiratory problems, central nervous system involvement, and which muscles are affected first. The group focused on defining the common features of the LGMDs. Opinions from patients, patient groups from social media, and surveys of clinicians were factored into discussions and it was suggested that changing the name of these conditions was appropriate, as long as it is made clear to patients why it is important to do so.

The main challenge of this workshop was to develop a clear definition of what an LGMD is. It was felt that the overall term, LGMD, should be retained but the definition should be clarified. The consensus was that the definition would include the following factors: 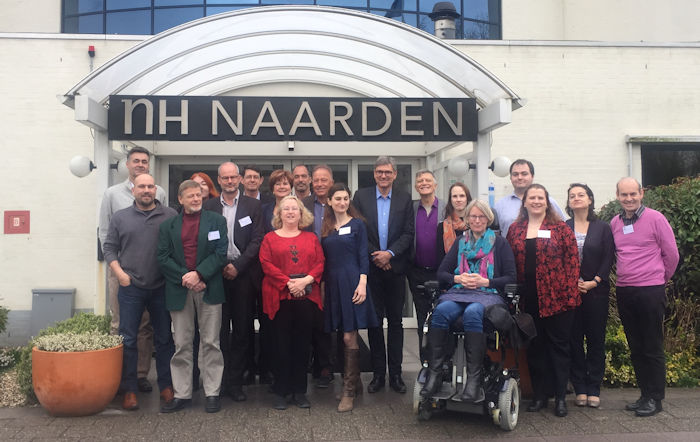 A full report is published in the Neuromuscular Disorders (pdf).