News
You are here: Home / Towards validated and qualified biomarkers for therapy development for...

This workshop was supported by:

Biomarkers are substances in our body that can be measured, and that relate to

Sometimes biomarkers can also be used as a primary outcome measure in clinical trials instead of functional outcome measures such as the 6 minute walk test and these are considered surrogate endpoints. In Europe biomarkers can only be used as surrogate endpoints after going through a rigorous regulatory process to officially qualify them for this purpose. Similar pathways exist in the USA.

There are no qualified biomarkers for Duchenne muscular dystrophy at the moment. However, in the 204th ENMC workshop on DMD biomarkers, two markers (dystrophin and magnetic resonance imaging (MRI)) were identified as candidates for the qualification process. In parallel work has been ongoing to identify additional biomarkers in serum and urine. For this work serum and urine samples are required from patients and controls, and are preferred because they are less invasive than having a muscle biopsy.

During the workshop it became clear that for MRI much of the gaps identified in the previous workshop (204th ENMC workshop, 2014) have now been filled. Alignment was reached on a proposed path for qualifying MRI and dystrophin quantification with the regulatory agencies. For MRI, current efforts are focused on showing responsiveness of the biomarker to drugs in human trials.

Finally, the group agreed that a virtual biobank is needed, and that this can be achieved using existing platforms such as Eurobiobank (www.eurobiobank.org) and BB-MRI ((Biobanking and Biomolecular Resources Research Infrastructure, www.bbmri.eu)). It is important to identify existing samples, and for the collection of future samples standardized procedures should be used. An oversight committee is required, ideally following the TACT (TREAT-NMD advisory committee for therapeutics, www.treat-nmd.eu/tact) model, with a small core group with equal representation of patient representatives, academics and industry, and a larger extended group for expertise. The management part of this biobank should be funded by patient organisations and industry. Efforts will be undertaken to initiate this committee in a timely fashion.

The three-day workshop (January 20-22, 2017) supported by the European Neuromuscular Center (ENMC) and Marathon Pharmaceuticals, involved academics, industries and patient advocacy groups from the US, UK, Germany, Italy, Sweden and the Netherlands. 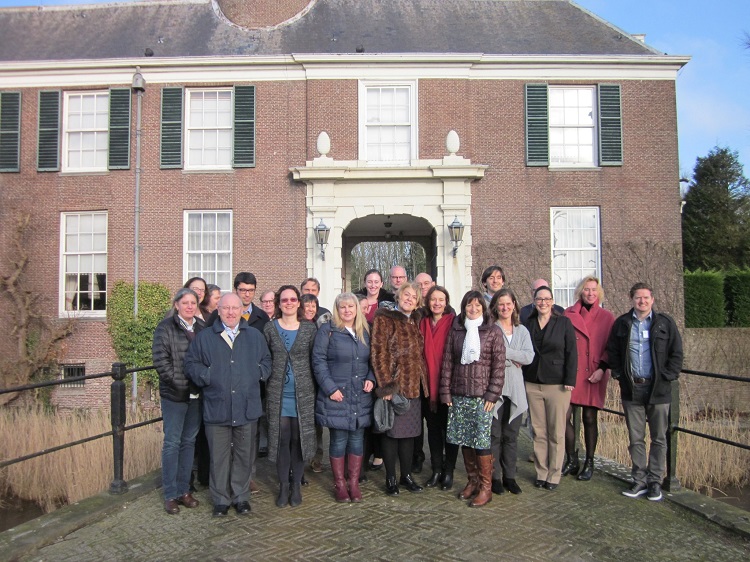 A global FSHD registry framework Finalizing a plan to guarantee quality in translational research for Neuromuscular...
Scroll to top