The ENMC consortium on myotonic dystrophy type 2 (=DM2/PROMM) held its 4th workshop in Naarden, the Netherlands, 20-22th January 2006. It was attended by 21 active participants from Finland, France, Germany, Italy, Spain, and the USA. The meeting opened with a memorial to honour the past pioneer in the DM2-field: Dr Ken Ricker. Participants reported on the occurrence of DM2 in various countries indicating that the prevalence may be very similar to that of DM1. In a region with good ascertainment in Central Finland the estimated prevalence is already 1/10000 and with additional study this value is likely to increase. The DM2 mutation has a common ancestry for all populations dating 5-10000 years back in time. Obtaining the molecular diagnosis of DM2 does not yet lead to specific treatment, but it is of great importance for the patients to have a correct understanding of their symptoms and to receive the best possible supportive management. DM2 is still underdiagnosed which indicates that the treshold for requesting DNA-testing should be lower. There is an Increasing number of patients with just few and mild symptoms and others with unusual phenotypes. At least 20 laboratories now provide molecular diagnostic testing. Much of the effort of the workshop focused upon the challenging task related to ongoing scientific research efforts: to understand the abnormal events taking place in the muscles and other affected organs caused by the DM2 mutation. Real progress has been made in the clarification of the molecular processes taking place in the cells damaged by the mutation, even though they are very complex and involve the complex machineries of how cells generally read and translate genes to make various proteins. These abnormalities have basic similarities with the molecular processes causing DM1, Steinert's disease.

The workshop agreed on guidelines for genetic testing and management of DM2 which are included in the extended report of the meeting which is published in Neuro Muscular Diseases. (pdf) 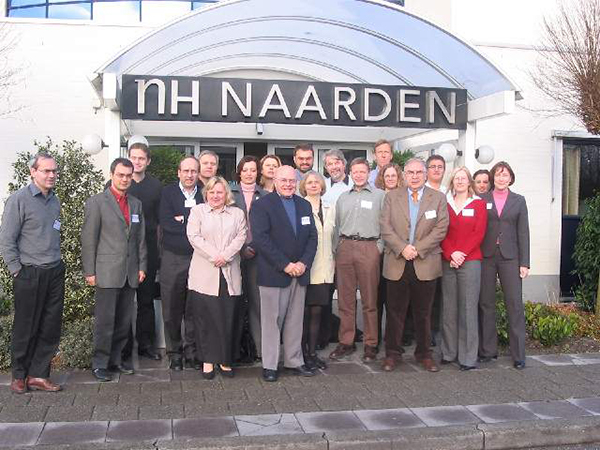