Twenty scientists and clinicians from 9 countries met in Naarden, The Netherlands on March 10-12, 2006 for the kick-off meeting of the EURO-laminopathies consortium.

The EURO-Laminopathies project aims at understanding the molecular mechanisms of laminopathies, which are rare human diseases linked to mutations in the nuclear protein lamin A and include muscle dystrophy, lipodystrophy, and premature ageing. Using a variety of clinical and basic research approaches we shall explore various disease models on the cellular and molecular level and shall test disease-linked defects in lamin assembly, chromatin organization, gene expression, cell cycle regulation, senescence, cell differentiation, and tissue regeneration. The ultimate goal is to identify reliable diagnostic markers and drug targets in order to develop new therapeutic interventions and to improve existing therapies for laminopathy patients.

The official starting date of EURO-Laminopathies was the 1st February 2006. The project duration will be 36 months.

At the kick-off meeting the Scientific Officer of the European Commission and the representatives of the 11 participating institutions, including the research group leaders, several key senior lab and subgroup members, sub-contractors of two partners, and the management board of the project were invited.

The major scientific goals of the workshop were to present and discuss the scientific state of the art of research in the participating groups and in the field and decide on the specific collaborations between members of EURO-Laminopathies and on the deliverables for the coming 18 months. The major administrative goals were to present, discuss and decide the EURO-Laminopathies' organisation, internal and external communication, reporting and finances.

The clinical teams within the EURO-Laminopathies project coordinated the proposed search for novel genes potentially involved in laminopathy-type diseases. It has been decided to provide detailed information on collected samples, protocols and tools accessible for all consortium members on the extranet of the EURO-Laminopathies website. Furthermore, the different clinical labs in the consortium decided to focus on the generation and phenotypical analyses at molecular level of specific patient-derived cell systems, including adipocytes and myoblasts. The structural biology experts agreed to primarily analyse lamin domains involved in oligomerization, and lamin complexes with LAP2 and retinoblastoma protein. It has also been decided to exchange and jointly analyse the available and newly generated mouse models by in vivo and ex vivo cell culture approaches, with an interactive communication with the teams studying patient cells. The results obtained in C. elegans and zebrafish models will directly feed into the phenotypical analyses of mouse and patient cell models. This concept will allow testing the structural and regulatory functions of lamins in the context of the disease and will also set the base for drug and drug target screening in the second phase of the project.

The participants evaluated the 141st workshop as a very stimulating and constructive meeting and as a perfect start of a successful collaboration within the EURO-laminopathies project.

A full report of this meeting has been published in Neuro Muscular Diseases. (pdf)

The EURO-Laminopathies research project is a Sixth Framework Programme Specific Targeted Research Project (STREP) granted by the European Commission. The topic and thus the title of this project is Nuclear Envelop-linked Rare Human Diseases: From Molecular Pathophysiology towards Clinical Applications (Contract LSHM-CT-2005-018690). 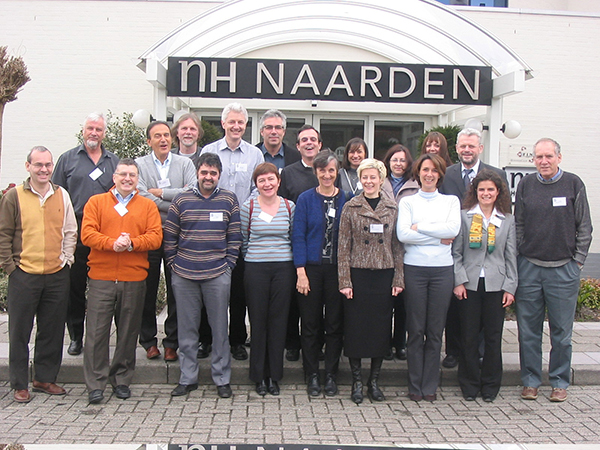