The EUMITOCOMBAT consortium (www.eumitocombat.org) consists of 12 participating universities/institutes with 21 scientific group leaders from 9 different European countries.EUMITOCOMBAT will combine mitochondrial research expertise into one, pan-EuropeanConsortium, aiming at an understanding of the underlying basic molecular mechanisms of OXPHOS disease and at the eventual development of treatments for these devastating disorders. The official starting date of the EUMITOCOMBAT project is the 1st July 2004 and the duration shall be 48 months.

Goals
The major objectives, around which the scientific and technological work is structured, apply to each of these disease categories:

Since the start of the EUMITOCOMBAT project in 2004, plenary meetings are organized annually together with the ENMC. In 2007 the 3rd Annual Plenary Meeting EUMITOCOMBAT was organised from 24 - 25 May in Hoofddorp, The Netherlands.

The workshop was a meeting open to all researchers involved in the EUMITOCOMBAT consortium. About fifty participants from Austria, Czech Republic, Finland, France, Germany, Italy, the Netherlands, Spain, Sweden and the United Kingdom met in Hoofddorp. The most important goal during this meeting was to present and review the progress of the scientific work. Therefore each of the researchers involved, gave a presentation of the research work within their action line (starting date, progress, eventual deviations, deliverables, etc.). The meeting was closed with a discussion between the research leaders (Consortium Council and Consortium Board) about the main conclusions and consequences for the final 12 months of project period. During this meeting the external reviewer of the project (Italy) was present as well as a representative from the Scientific and Ethical Advisory Committee (Spain).

Participants from the following universities/institutes attended the meeting: 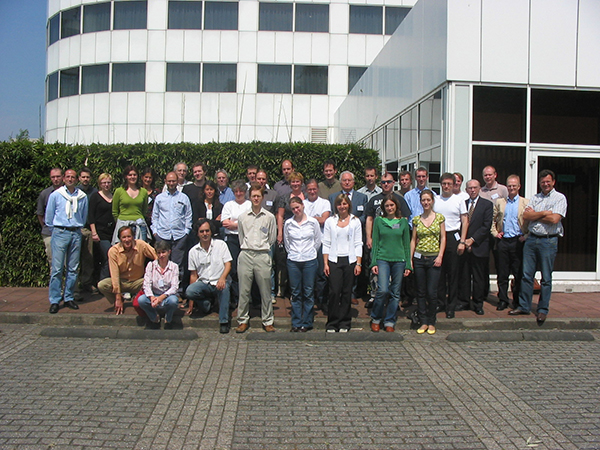