On 11-12 May 2007, a group of scientists met in Naarden in order to discuss the results of a recently completed clinical study. The analysis of the results of the EUROSMART trial of acetyl-L-carnitine on 110 SMA type II-III patients revealed no significant improvement in muscle strength or function in treated patients. However subgroup analysis might indicate that the drug might have had a limited  positive effect in a proportion of ambulant patients. The difference was not statistically significant, which might be due to small sample size or short duration of the treatment; in addition these results should be taken with caution as subgroup analysis was not a pre-treatment intended mode of analysis. Nevertheless the drug was well tolerated, without any adverse events. Based on these observations, a new trial was discussed for ambulant SMA patients with a larger sample size and longer duration of treatment.

The aims of this workshop included

The first EUROSMART trial was conducted between 2004 and 2006, with the participation of six neuromuscular centers from different countries, including Germany, Israel, Italy, Poland, Spain, and Turkey. This trial, the first of its kind in SMA, has successfully accomplished its aims of creating a multi-national European network and performing a drug trial in SMA. Broadening this network with participation of new countries/centers should serve to share the expertise and also enable to reach a critical mass of patients for new trials.

During the workshop, it was agreed that the parameters and scales used for the previous study are substantially valid, but the addition of functional scale was considered essential. There is enough expertise accumulated and the group is confident to carry on with further similar projects related to SMA, provided that there are other promising drugs identified in addition to or apart from acetyl-L-carnitine.

Funding would be crucial for such large cohort studies. For this purpose,  efforts will be made to inquire policies to obtain further international sources.

A TREAT-NMD meeting on spinal muscular atrophy (SMA) was held to coincide with a European Neuromuscular Centre workshop on SMA which had assembled representatives of many of the European centres caring for patients with spinal muscular atrophy for discussion of possible clinical trials. Several members of the ICC group for SMA attended from the USA, and we are delighted that this collaboration is extremely fruitful. The discussion was also broadened to have a discussion on outcome measures in Duchenne muscular dystrophy as so many of the areas of interest overlap between ambulant SMA and DMD.

Work in the last couple of years has led to the development of several scales for functional assessment. Various scales are available for use now in different trial scenarios and the choice of outcome measures will depend on factors such as the length of a planned trial and the level of disability of the participants. There is also scope for further development of outcome measures, particularly when considering the current emphasis of the regulatory agencies on outcomes which are perceived to be “life altering”.

Natural history studies are helping to inform the development of prognostic indicators especially in SMA 1. The definition of these areas will be crucial for the execution of successful clinical trials. Three studies have collected data on survival of SMA 1, but there may be scope to develop a further prospective dataset based on the newly adopted standards of care.

TREAT-NMD will be working in several areas to evaluate, improve and train centres in use of specific outcome measures:

3. The assessment of activity monitoring as an outcome measure in SMA (discussion forum to be set up and moderated by Sonia Messina- interested parties to contact Sonia at Policlinico Universitario of Messina, Via C. Valeria, 98125, 98125 - Messina , Italy. Telephone 0039|3477052202 email address messinasonia@libero.it.

5. Explore plans to get European translations of neuromuscular module of PedsQOL

6. Discussion of whether further data collection in SMA 1 is indicated- discussion forum to be moderated by Sabine Rudnik-Schoeneborn)

7. Initiate a debate of the patient and parent view on the impact of different outcomes to clinical trials (Discussion forum initiated: for access contact info@treat-nmd.eu).

7. Via the education and training network in conjunction with the outcomes measures group provide resources for teaching materials and exchange visits for evaluators (contact evers@enmc.org

Establishment of a harmonised database/ registry for SMA patients is a major aim of the network, led by Hanns Lochmueller and Christophe Beroud. Work is moving forward alongside the plans for registry development in DMD:

1.       Plans are in place for UMD based registry with harmonisation where possible with existing registries

TREAT-NMD has an activity to develop and disseminate standards of care in SMA and DMD. This workshop concentrated on SMA where a very representative international working group within the ICC has already used literature review and expert consensus via the Delphitechnique to generate care standards. The workshop participants were able to share this document ahead of publication, and there was general agreement that this is an excellent and very thorough starting point for the development of care standards to be adopted and disseminated via the network, though some areas require further work which will be carried out with the original members of the ICC working group. Treat-NMD work in this area will move forward in the following areas:

1. Develop a précis of the ICC document for clinical use and circulate via website (deadline July 31st)

5. Use registries as a tool to disseminate standards of care (long term goal)

6. Use registries as a tool to monitor standards of care/ natural history

The TREAT-NMD group is committed to seeking opportunities to move forward with clinical trials in SMA in collaboration with other similar efforts, such as those based in the USA. Specific examples where there is already active include the collaborations with the ICC on outcome measures and standards of care, and cross talk with the Indianapolis Registry. Other areas to be developed include sharing of data from previous and ongoing trials to allow cross validation of control data and the systematic testing of new target molecules.

For international trials (likely to be necessary given the small patient numbers) there will be the need for collaborations of funding groups, which TREAT-NMD will explore. Contact with industrial groups interested in bringing drugs to trial will also be encouraged, as the TREAT-NMD network would be a good portal for the delivery of trials of promising compounds. Prioritisation of such potential drug targets will be addressed.

A full report is published in Neuro Muscular Diseases (pdf) 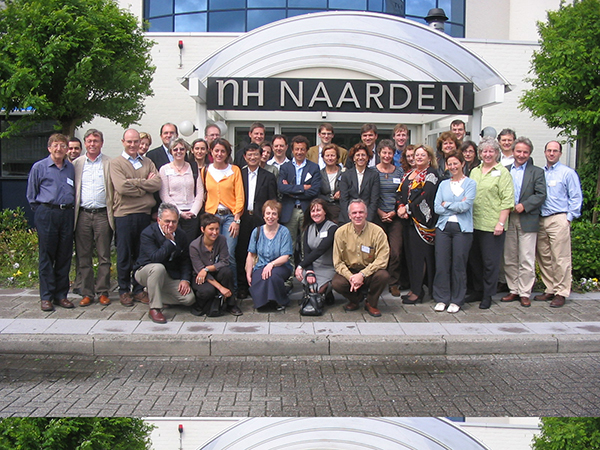