Duchenne muscular dystrophy (DMD) is a severe muscle wasting condition with onset in early childhood, progressive disability and ultimately reduced life expectancy. It is caused by errors in the DMD gene that lead to the failure to produce an essential muscle protein called dystrophin. Most of these errors are deletions, so named because a portion of the gene is missing. Laboratory studies over the last few years have shown that the addition of small molecules named antisense oligonucleotides to cultured patient muscle cells, and their injection into muscles of a mouse model for the disease can restore the production of the protein dystrophin. Although this was a temporary effect, it improved the structure of the patient cells and mouse muscle. More recently, the repeated systemic (intravenous) administration of antisense oligonucleotides was shown to be capable of restoring a sustained dystrophin expression in the mouse model of DMD. It is therefore hoped that a similar approach, if effective in people, would also be able to slow down disease progression in DMD.

Two European groups, one in the Netherlands and one in England, are taking these observations into clinical trials. In the Netherlands, a trial has been performed and in England a trial is planned in individuals with DMD to assess if the intramuscular administration of antisense oligos is safe and if dystrophin production can be restored following a single dose in an injected human muscle. The aspects related to intramuscular administration of antisense oligonucleotides were the topic of a previous ENMC workshop held in 2005. Following the demonstration that the intramuscular delivery of antisense oligonucleotides is safe and effective, both groups are planning future systemic delivery of the antisense oligonucleotides, as this is the kind of route that would be more clinically useful. In addition, other groups in USA and Australia are also considering additional clinical systemic delivery trials in the near future.

The scope of this workshop was therefore for these groups to discuss the new findings regarding the efficacy of different types of antisense oligonucleotides (that is different “chemistries” known as 2-O-methyl modified and morpholino oligomers) in animal models, in order to plan for the systemic delivery trials. The procedures that will be followed in the two planned European trials were discussed in detail, and also how other international groups could be involved so that this approach, if effective, could be used in other centres.

The discussion also took into consideration safety issues regarding the administration of antisense oligonucleotides and the regulatory issues that will have to be taken into account when developing this as a therapeutic approach for DMD. The commercial aspects regarding the development of antisense oligonucleotides as a therapeutic option for DMD were also discussed with the two companies involved in the current trials, Prosensa for the 2-O-methyl modified and AVI Biopharma for the morpholino modified oligomers.

The need for a comparable set of outcome measures between the 2 planned European studies, and other studies in this field, was discussed. This will ensure that data generated in the different studies are comparable. These aspects will be addressed in an already planned “outcome measure” workshop which is to be organized by the TREAT-NMD EU Network of Excellence. In addition, a web forum to allow further discussion on aspects of the protocol for systemic delivery of antisense oligonucleotides was set up and will be accessible to researchers involved in this field. Ethical issues and concerns related to these new therapeutic interventions for DMD were also discussed.

An extended report of this meeting has been published in Neuromuscular Disorders (pdf). 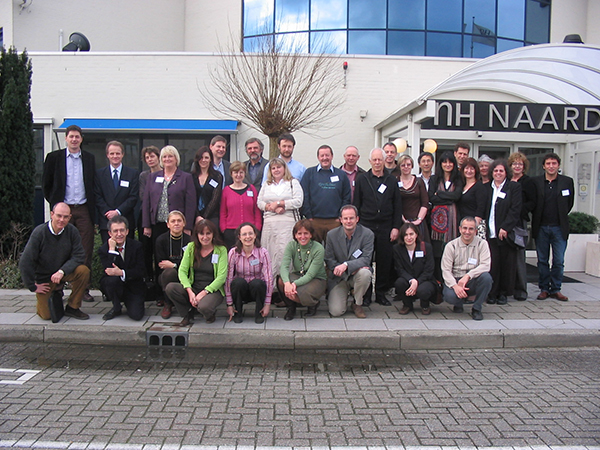