The meeting was endorsed by the European Amyotrophic Lateral Sclerosis Consortium (EURALS) to highlight the most controversial current issues in the epidemiology of ALS. In a comprehensive review of the literature on the prognosis of epilepsy, special emphasis was put on the heterogeneity of the disease, which represents a major impediment when assessing treatment efficacy in randomized clinical trials. The best prognostic predictors include age, respiratory status and the rate of disease progression at study entry. The reliability of El-Escorial diagnostic criteria for ALS can be contended if they are not used by experienced physicians working in the same institution. In this context, the EURALS members performed a validation study which showed moderate to substantial agreement, tested with the kappa statistics in a sample of patients and controls with variable source data. Based on pooled data from the six EURALS population-based registries (three regions of Italy, Ireland, Scotland, and Preston, UK), a fairly homogeneous and different picture of the main clinical features of ALS can be obtained as compared to the available referral series (older age at onset of symptoms, peak incidence at age 70-74 for men and 75-79 for women, 1.2:1 male:female ratio, shorter interval from onset to diagnosis). However, an as yet unexplained difference was observed across registries for site of symptom onset (predominantly bulbar in Ireland and predominantly spinal in Italy.

Using data from the Scottish registry (1226 cases), data on 70 autopsies (6% of patients who died) were presented. Almost all autopsies confirmed the ALS diagnosis and in only five cases was ALS documented only at necropsy. The results of this study confirm the high sensitivity and specificity of case ascertainment in this registry.

In a sample of patients with ALS enrolled in Piemonte, Ireland and Puglia, registered patients were compared to a subgroup of cases who were referred to tertiary ALS centers. The two groups differed significantly in terms of age at referral, M:F ratio, and family history of ALS.

A pilot study was undertaken by EURALS members from Lombardy, Piemonte, Puglia and Ireland (44 cases and 82 age- and sex-matched controls) to assess the feasibility of a case-control study on physical activity, trauma and sports. In this study, a significant association was found between ALS and strenuous physical activity at work, blue collar occupation, length of exposure to heavy manual activities, organized sports and professional sports. These findings are consistent with other reports but require confirmation in a larger study to be undertaken when financial support is made available.

The advantages and limitations of capture-recapture method were discussed to investigate the similarities and differences of case ascertainment across registries.

A number of new population-based registries have been activated in Limousin, Holland and Belgrade using fairly homogeneous diagnostic criteria and multiple sources for case ascertainment, The incidence rates range from about 1.1 per 100,000 per year (Holland) to 2.2 per 100,000 per year (Limousin). Other regional registries are in progress in the Russian Federation where 9 geographic areas and 14 million persons will be the target for epidemiological studies on ALS.

A comprehensive review of 55 published randomized clinical trials was recently performed. Except for Riluzole, the tested compounds proved to be apparently ineffective. However, the negative results can be mostly explained by overall poor methodological quality of the studies (lack of rationale, the negative results of animal studies, the small sample size, the heterogeneity of the study populations, the short follow-up, the use of inadequate measures of efficacy).

A number of drugs have been subjected to systematic reviews by the Cochrane collaboration, including Riluzole, rhIGF, Cochrane, rhIGF-I, CNTF, branched-chain amino acids, antioxidants and percutaneous gastrostomy. Except for Riluzole, found to be safe and prolong survival by about 2 months, evidence is insufficient to demonstrate the efficacy of the other compounds for the treatment of ALS. 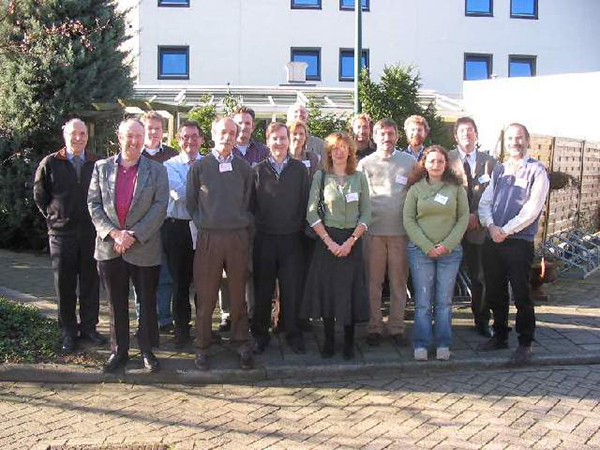