21 participants (including basic scientists, clinicians, patients and industry representatives) from different countries convened for the 198th ENMC International workshop on Myotubular/Centronuclear Myopathies (MTM/CNM), a group of inherited muscle disorders with characteristic muscle biopsy findings and associated with a wide spectrum of clinical severity and features. Since the most recent ENMC workshop on MTM/CNM in 2009, the field has seen an exponential increase in knowledge concerning these conditions, with therapy development becoming an increasingly realistic prospect.

The first session of the workshop focussed on already known forms of MTM/CNM, in particular those due to mutations in the MTM1, DNM2, BIN1 and RYR1 genes, and more recently recognized disorders identified through systematic application of powerful novel genetic techniques. Further sessions concentrated on the current understanding of disease mechanisms, as studied in cells and animal models – including zebrafish, mouse and dog - faithfully replicating many aspects of MTM/CNM in humans. The results of experimental therapeutic approaches in animal models of MTM/CNM were presented, with a particular view to their potential applicability in humans affected by these disorders. The final session summarized the current state of the tools needed – patient registries and studies of the natural history of the disorders– to translate recent insights derived from animal studies into therapy development of direct benefit for patients.
Lastly, the importance of joint international efforts for the study of rare conditions such as MTM/CNM was emphasized, and plans for further collaborations and meetings were drafted. 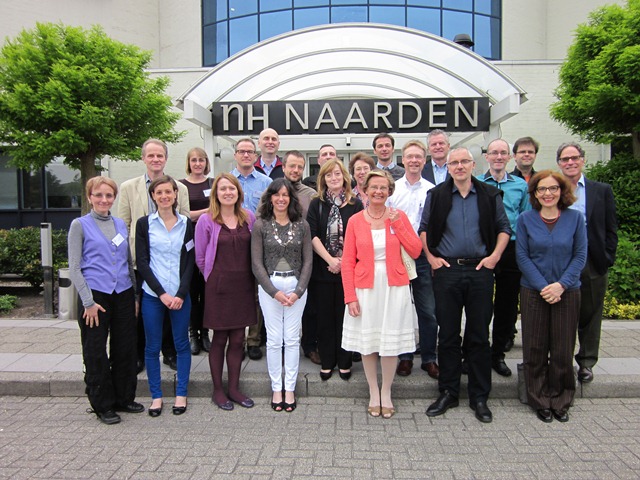