An ENMC Workshop organised by the European ALS Consortium

The ENMC hosted a Workshop organised by the clinical trials group of the European ALS (Amyotrophic Lateral Sclerosis; motor neurone disease-MND) Consortium. The main aim of the Workshop was to develop a protocol for an academic-led, multi-center, multi-national trial of minocycline in ALS. The Workshop was attended by 16 participants from 7 European countries (Belgium, France, Germany, Italy, The Netherlands, Russia and the United Kingdom) with one participant from the U.S.A. Participants included neurobiologists, statisticians, a representative of an ALS user group (The MND Association), a clinical trials coordinator, and clinical neurologists. Evidence from experiments in cell lines, primary neuronal cultures, and transgenic SOD1 mice provides a convincing rationale for a trial of minocycline in ALS, although it is not possible to predict from the mouse data what dose(s) should be used in ALS patients. Pharmacokinetic studies in man suggest that doses of 100mg-200mg daily would achieve reasonable state levels of minocycline. Safety data is available from three North American phase 2 studies in patients with Huntington's Disease and ALS. There were no major safety concerns. The Workshop decided that another phase 2 trial is not necessary. There was consensus that a pragmatic phase 3 add-on trial (i.e., riluzole plus placebo, versus minocycline plus placebo) should be undertaken, with survival (death) as the primary end-point. The ALSFRS-R and a quality of life questionnaire (probably the Euroqol) should be secondary outcome measures. It was agreed that one minocycline dose should be tested. Professors Leigh and Meininger, on behalf of the European ALS Consortium, will develop a strategy to obtain core funding with contributions from participating countries. Issues of sponsorship under the European Directive on Clinical Trials remain to be resolved. 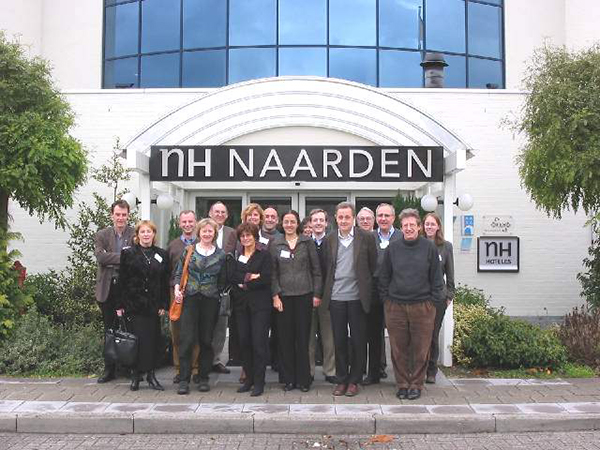