Neurologists, other experts and patient representatives from Europe and the USA met under the auspices of this ENMC workshop to consider the management of inflammatory neuropathy. Existing treatments for Guillain-Barré syndrome (GBS), chronic inflammatory demyelinating polyradiculoneuropathy (CIDP) and related disorders leave unacceptable numbers of patients with persistent severe disability. Despite the evident need for better treatments, no trials are in progress for GBS and few for CIDP and related disorders. This workshop has launched an international consortium to discover new treatments for these conditions. Participants reviewed the evidence from Cochrane systematic reviews, randomised trials and observational studies for treating GBS, CIDP, multifocal motor neuropathy (MMN) and paraprotein associated demyelinating neuropathy (PDN). They then debated ways of making advances and reached the following conclusions.

· There is a need for more evidence in children

· In GBS there is a need for trials of

· In CIDP there is a need for trials of high doses of methotrexate or else of rituximab additional to existing treatments depending on the result of the trial of methotrexate which will conclude in February 2008.

· In MMN there is a need for trials of methotrexate additional to existing treatments.

· In PDN the choice of trials depends on the outcome of the ongoing French-Swiss trial of rituximab with an intended 60 participants. However there would be likely to be a need for trials of higher dose or more frequent rituximab. Chlorambucil was also considered worth trying.

· For all these diseases, there is a need for improved outcome measures and the Consortium should support the PERINOMS study designed by the Rotterdam-Maastricht group.

· Treatments for symptoms of particular concern to patients, particularly fatigue and pain, should also be tested. A trial of exercise for residual symptoms after GBS and in CIDP should be further considered.

A full report of this meeting has been published in Neuro Muscular Diseases. (pdf)

This meeting will be open to other interested members of the PNS and relevant pharmaceutical company representatives will be invited. 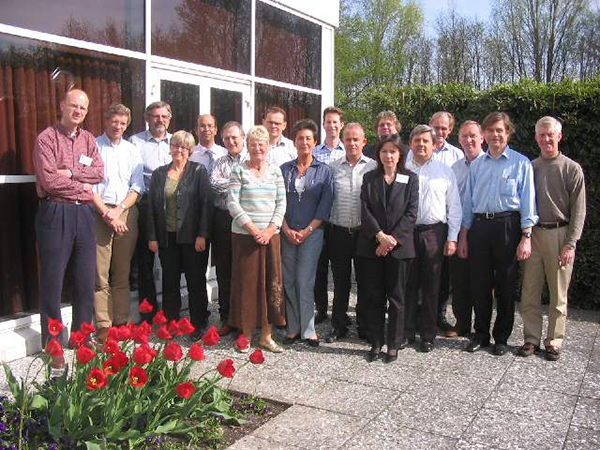