News
You are here: Home / Limb-girdle muscular dystrophy – exploring the pathophysiology of...

20 participants from the Austria, Brazil, Canada, Finland, France, Germany, Israel, Italy, Japan, the U.K. and the U.S.A. met in Naarden on 12th - 14th April 2002. This was the fourth meeting of the limb-girdle muscular dystrophy consortium. Previous meetings of the consortium had discussed the identification of many of the genes and proteins involved in different types of limb-girdle muscular dystrophy and the clinical features associated with these particular disorders. With this progress behind us, the specific remit of this workshop was to address issues of disease causation in the types of limb-girdle muscular dystrophy which are caused by gene faults not involving the proteins of the dystrophin and sarcoglycan complex. The meeting discussed the recent identification of the genes involved in three new types of limb-girdle muscular dystrophy, LGMD2H, LGMD2I and LGMD2J. A further focus of the meeting was to explore the different groups of proteins which are now known to be involved in limb-girdle muscular dystrophy and are known to interact with each other or work in similar pathways. The identification of the way or ways that these groups of proteins may be altered to cause disease is being addressed in a variety of model systems and may in the long term provide targets for treatments. It also became clear that a significant problem which remains in our understanding of these diseases is the variability of presentation or severity which may be associated with single genes or even with single mutations. Strategies to address this variability in patients and in animal models of disease were discussed, and will make good proposals for applying for funding to try and answer these questions on a collaborative basis. The meeting provided an invaluable opportunity for many of the groups with a major interest in the limb-girdle muscular dystrophies to come together, and was a very fruitful forum for discussion.

An extended report of this meeting is published in Neuromuscular Disorders, Volume 13, No.1, January 2003 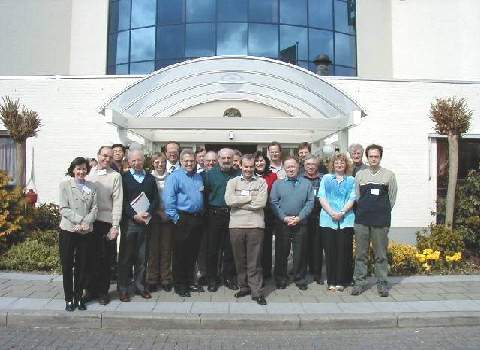