A meeting comprising 20 clinicians, basic scientists and a patient representative gathered on 12-14 December 2008, in Naarden, The Netherlands. Delegates worked in 7 ENMC member states and 3 non-member states.  This workshop was the first one to focus on the most treatable group of all mitochondrial disorders, in particular a disorder known as MNGIE (for myoneurogastrointestinal encephalomyopathy).

Mitochondria are the power house of the cell, supplying energy for all life processes.  The energy required by muscle for movement can be a high proportion of the energy generated.  Not surprisingly, muscle fatigue is a major feature of mitochondrial disease.  Unlike nuclear DNA, where there are usually two copies of each gene in every cell (one from each parent) there are many copies of mtDNA in every cell.  In the mitochondrial DNA depletion that is characteristic of the disorders discussed at this workshop, there is a reduction in the number of copies of mtDNA in some parts of the body.  This often involves muscle, brain and/or liver.   Making accurate copies of mtDNA is vital for keeping cells healthy and in mtDNA depletion the copies may include errors.  Mitochondrial DNA depletion was first identified in children with severe mitochondrial disease in 1991, but it was not until 1999 that gamma polymerase, the enzyme responsible for making copies of mtDNA, was implicated, and not until 2003 that the first mutations were found in DNA from several different genes.  All of these genes appear to be involved maintaining the accuracy of making copies of mtDNA.  Some of them code for proteins that unwind mtDNA or assemble the new copy, others are involved in supplying appropriate quantities of the DNA components needed to elongate the copy (nucleotides).

A recent ENMC workshop highlighted the significant advances in the commonest of these disorders, and proposed guidelines for investigating such patients.  We helped diagnosis by collating an up to date list of all the mutations that have been identified in these patients.  We then focussed on ways to develop treatments.  Dr Michio Hirano (USA, who first identified the defect in MNGIE) told us that diagnosing MNGIE is often difficult, so that patients may be mistakenly given a label of anorexia nervosa at first.  He has tried several approaches to treating MNGIE, and finds that bone marrow transplant is the most successful so far.  Because getting a perfect match between donor and recipient makes a huge difference to the chance of success, a European consortium has been set up to do this for MNGIE.

To assess a possible treatment you need a model, meaning a type of cell or an animal that has a problem representing the disease you are studying.  You can then see whether the problem gets better in response to the treatment you are piloting.  The first such studies looked at the ability of cells to maintain sufficient quantities of mtDNA.  Skin cells from patients with a defect called deoxyguanosine kinase deficiency do not make enough mtDNA when they are growing slowly.  It is becoming clear that the balance of nucleotides (the building blocks for making DNA) is critically important in these disorders.  Hence, altering the supply of nucleotides to mitochondria is a potential treatment avenue that we explored in this workshop.  Adding a chemical mix which the cells can convert into nucleotides improved the mtDNA content of the deoxyguanosine kinase deficient cells.  Now that scientists have been able to develop mice with defects like those causing mitochondrial DNA depletion, it will be possible to try this kind of approach on whole animals.  If these studies confirm a benefit we will try them out on patients.

A detailed report of these conclusions is published in 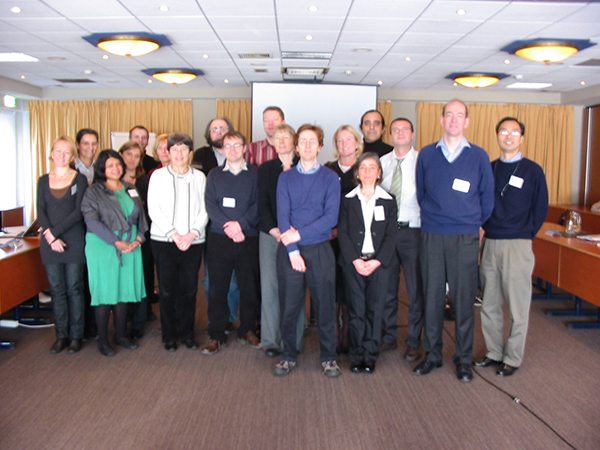