News
You are here: Home / Mitochondrial protein synthesis in health and disease

Mitochondria constitute a subcompartment found within all cells of the body, which routinely make up more than 20% of their total mass. These subcellular structures (or organelles) perform many essential functions. One of these is to act as the battery or power supply for the cell, turning nutrients into a readily utilisable energy source. Consequently, if there is any problem with these specific organelles, any body tissues could potentially be affected. Mitochondria rely on the cell in which they are housed to provide the great majority of proteins that are absolutely required for them to function normally but this on its own it not enough. Mitochondria also actually contain many copies of their own small piece of DNA, different to that of the nucleus that acts as the blueprint for the production of thirteen essential proteins. In the past few years, it has become apparent that some patients have specific problems with the production of these proteins, a process that takes place within the mitochondrion, and such difficulties result in major problems with the cells battery.

In the majority of adult patients who make abnormally low levels of these proteins, it is the mitochondrial DNA (mtDNA) that carries the disease transmitting mutations or it is the number of copies of the mtDNA within the cell that is reduced and is too low for normal function. However, there are numerous situations where both the amount and composition of mtDNA is completely normal and yet these mitochondrial proteins are still not made correctly. This report summarises the first ever international meeting dedicated to this particular cluster of diseases. Until this meeting, no estimate of the prevalence for this category of disorders had ever been described. Further, the difficulties associated with diagnosing these protein synthesis defects had not been discussed and this is in part because the situation is complicated by our lack of understanding of the exact molecular mechanisms that are involved in this key cellular process.

During this meeting, several prominent clinicians from around Europe, who have patients referred to them with these suspected disorders, shared their experiences and provided estimates of the relative prevalence of these disorders. A number of scientists also aided substantially in bringing to the attention of these clinicians and diagnosticians how our understanding of translation in human mitochondria has grown. It was estimated that in children with combined respiratory chain deficiency as many as 75% have putative disorders of mitochondrial translation that is not caused by mtDNA abnormalities, however this number is much lower in adults (<20%). The consensus from the clinical/diagnostic contributors was that there were no easily identifiable, common groupings of disorders or common genetic defects. A variety of diagnostic suggestions were made, such as direct analysis of mitochondrial translation or assays for the products made by translation, but there was no clear differential diagnosis that should be followed. It was agreed that within one or two years, the most sensible approach to identify pathogenetic mutations underlying mitochondrial translation defects was likely to include whole exome sequencing, a way of looking at the part of a gene that contains the blueprint for the entire set of proteins in a cell. This technique should be performed in tandem with powerful new software methods to identify whether mutations were likely to be harmful or not, methods which were being developed and presented by clinical members of this meeting. It was also apparent from the scientific presentations that the exciting breakthroughs in characterising the structures and visualising the factors involved in mitochondrial protein synthesis may eventually lead to novel therapeutics for this group of disorders. 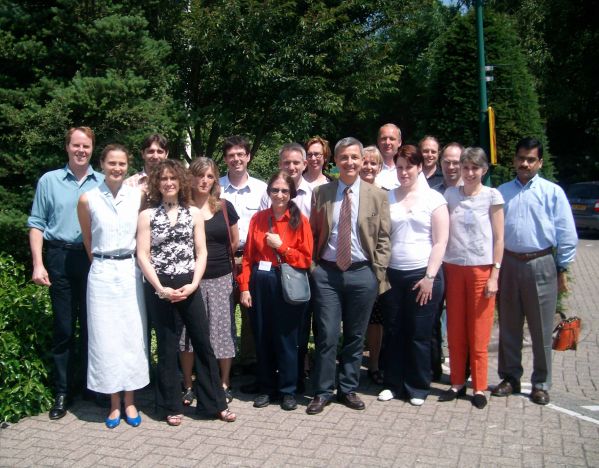