6The ENMC consortium on myotonic dystrophy type 2, DM2, held its 5th workshop in Naarden, the Netherlands, 3-5th December 2010. It was attended by 19 active participants from Finland, France, Germany, Italy, The Netherlands, Czech republik, and the USA. Participants reported on the occurrence of DM2 in various countries indicating that the overall prevalence of symptomatic patients is very similar to that of DM1. At least in Finland and Czech republik the prevalence of DM2 is even higher than DM1 based on the numbers of genetically diagnosed patients. There is still a too long delay between onset of disease symptoms and final correct diagnosis due to insufficient awareness of DM2 among doctors and due to the large variation of symptoms and signs. Milder forms, the high frequency of muscle pain and abscence of clear myotonia in a large proportion of patients are some of the misleading factors deserving more attention. Exact molecular diagnosis is mandatory for the patients to have a correct understanding of their symptoms and for optimal management. DM2 is still underdiagnosed even in countries with good neuromuscular centers, which indicates that the treshold for requesting DNA-testing should be kept rather low than high. Increasing number of laboratories provide molecular diagnostic testing also in Central-Eastern European countries. Much of the efforts of the workshop focused on the scientific research to understand the abnormal events taking place in the muscles and other affected organs caused by the DM2 mutation. Progress has been made in the clarification of  some of the molecular processes taking place in the cells. Many of these abnormalities have basic similarities with the molecular processes causing DM1, Steinert's disease. However, other DM2 specific and more complex abnormalities were also identified. The workshop agreed on guidelines for genetic testing and management of DM2 which will be included in the extended report of the meeting which is published in Neuromuscular Disorders (pdf). 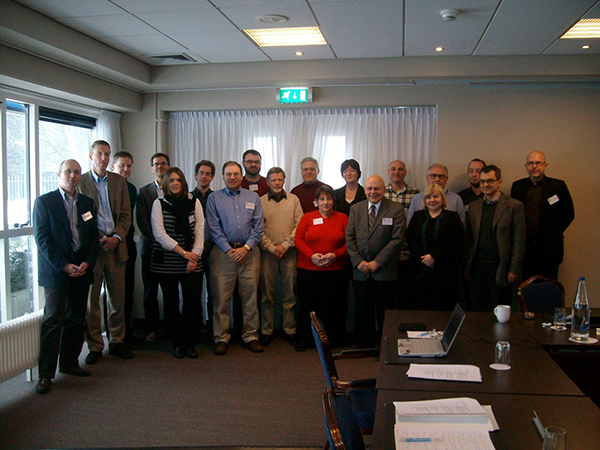