Twenty doctors and scientists from 9 countries gathered in Naarden, The Netherlands, from 20th-22nd May 2005 for the sixth ENMC workshop on nemaline myopathy.

The Consortium had been asked to address the issue of steroid use in nemaline myopathy. After discussion the Consortium agreed that there was insufficient information to support a recommendation and has concerns as to potential adverse effects especially in the treatment of very young children. Members of the Consortium are to further investigate the issue. Any potential benefit of L-tyrosine has also not yet been adequately validated. To properly address the efficacy of any treatment there needs to be multi-centre, well co-ordinated clinical trials.

The multinational and multidisciplinary approach necessary for tackling rare muscle disorders remains the focus of the Consortium. The Consortium recognises that the aim for the next, perhaps considerable number of years, is to work towards effective treatments for the various nemaline myopathies, possibly based on approaches being investigated for the more common muscular dystrophies. An important part of management of nemaline myopathy patients is monitoring of respiratory function and implementation of respiratory support where necessary, the recommendations for which were published in the report of the 117th ENMC workshop: ventilatory support in congenital neuromuscular disorders.

An extended report of this meeting is published in Neuromuscular Disorders. (pdf) 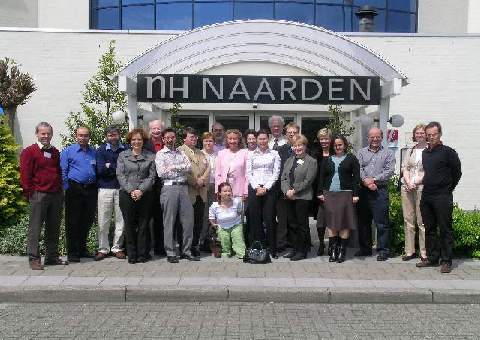