News
You are here: Home1 / Polymerase gamma and disorders of mitochondrial DNA synthesis

Twenty-three physicians and basic scientists from fourteen countries gathered in Naarden, The Netherlands for the first ENMC workshop specifically focussing on a recently identified group of diseases due to disorders of mitochondrial DNA (mtDNA) synthesis. Over the last few years it has become clear that mutations in POLG, the gene coding for the mtDNA polymerase, polγ, are a major cause of human disease. The principal aim of the workshop was to share knowledge and establish new collaborations to improve our ability to diagnose and treat patients with POLG mutations.

Mitochondria are the “engines” present within each human cell which produce adenosine triphosphate (ATP) from the breakdown products of the food we eat. ATP is required for all active processes within the cell, including muscle contraction and nerve cell firing. Mitochondria contain their own genetic code: mitochondrial DNA (mtDNA), which codes for 13 polypeptides and 24 RNA molecules that are essential building blocks for the machinery required to produce ATP. MtDNA is constantly copied and destroyed, even in non-dividing cells. MtDNA is copied by DNA polymerase g (pol g), which is the only enzyme able to copy mtDNA within mitochondria. It has recently become clear that mutations in the gene that codes for polγ (the gene is called POLG), are a major cause of neuromuscular disease. Mutations in POLGcause loss of mtDNA (depletion), or multiple secondary mutations of mtDNA (either single base point mutations of mtDNA or the removal of large segments of the mtDNA, called mtDNA deletions). These secondary mtDNA abnormalities compromise the ability of mitochondria to produce ATP, leading to cellular dysfunction and cell death in vulnerable tissues and organs. This causes the clinical features of the disease.

The first mutations of POLG were published in 2001 in families transmitting the mitochondrial disorder characterised by weakness of the eye muscles, called autosomal progressive external ophthalmoplegia (PEO). Over the last five years, mutations in POLG have been identified in a wide range of mitochondrial diseases, including the severe childhood brain disorder (encephalopathy with epilepsy) associated with liver failure (Alpers-Huttenlocher syndrome), adult onset clumsiness, which eventually becomes severe (spino-cerebellar ataxia), and sensory nerve degeneration with or without epilepsy. In addition, some family members also have features similar to Parkinson’s disease (parkinsonism) and premature ovarian failure causing early infertility.

Over 100 different POLG mutations have been described in the literature, but rather than giving us a clear understanding, the situation is becoming more complex. Some mutations can behave as both dominant and recessive alleles (in other words, for some patients, a POLG mutation on one copy of DNA is enough to cause the disease, but for others, two POLG mutations are required – one from the mother and one from the father). Some patients have three or four mutations in the same gene, and naturally occurring polymorphic genetic variants (found in up to 4% of the population), also seem to modulate the severity of the disease. It is also not clear why the same mutations can cause severe depletion of mtDNA and a fatal childhood disease affecting the brain and the liver in some families, and an adult-onset muscle weakness in others. These observations make genetic counselling difficult, and our rudimentary understanding of the disease mechanism limits our ability to develop new treatments.

Overview of the workshop

The workshop began with an overview of the major clinical phenotypes associated with mutations inPOLG in adults and children, followed by a discussion of the basic science underpinning the replication of mtDNA. There was a detailed discussion of the cellular, animal and in silico (computer) models of mtDNA replication and how these have informed our understanding of disease. Unusual clinical presentations were presented and discussed throughout the meeting, and the final session focussed on the diagnosis and management of patients with suspected and confirmed POLG mutations.

The participants reached a consensus view on the following:

A detailed report of these conclusions, including the guidelines, is published in Neuromuscular Disorders (PDF). This was specifically written with non-specialist clinicians in mind. 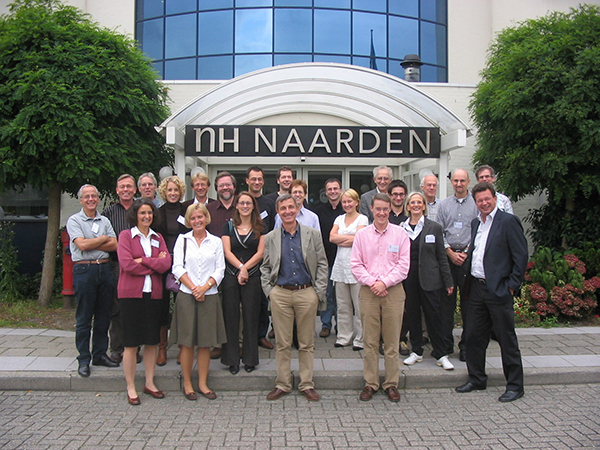