VCP is an essential enzyme which regulates cell cycle, organelle biogenesis, and protein degradation via different pathways. VCP mutations cause an age-related, multi-system degenerative disease which displays variable penetrance and gives rise to four dominant symptoms (phenotypes) within families: myopathy, motor neuron disease, Paget’s disease of the bone and frontotemporal dementia. Importantly and distinct to this syndrome, family members may each suffer from a different symptom of the disease.

During the workshop, the group discussed multiple aspects of the disease, such as current patient cohorts in four countries, the variability of genetic disorders related to the VCP disease and the expansion of the phenotypic spectrum to include sporadic disorders. The group also discussed the cellular and molecular aspects of VCP function and dysfunction in diseases, while reviewing the existing animal models and potential therapeutic targets, including VCP-specific therapies. In addition, the group considered patient diagnosis within rheumatology, neuromuscular and dementia clinics and the current clinical management of the three key phenotypes: myopathy, Paget’s disease and dementia. Examples of patient registries, natural history studies and clinical trials in rare neuromuscular diseases also formed part of the discussion.

However, some questions still remain unanswered in regard to VCP disease and a number of areas require further research:

What were the outcomes of the workshop and how will they benefit patients?

Future plans for the VCP disease consortium include: 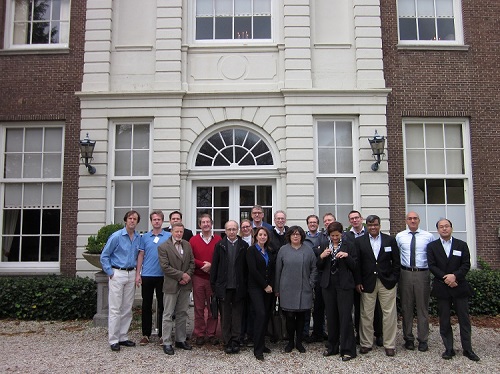