News
You are here: Home1 / Towards a European consortium for research and patient clinical management...

Nineteen scientists working in academia, hospitals and industry from 10 different countries (Austria, Denmark, Finland, France, Germany, Israel, Italy, Spain, United Kingdom and USA), along with three patients and family members, met in the Netherlands on the weekend of 27- 29 March 2015. They discussed the current state of the art of research and shared the most recent clinical observations in the field of Kennedy’s disease, also known as Spinal and Bulbar Muscular Atrophy (SBMA). The Workshop was conducted under the leadership of Maria Pennuto, Gianni Sorarù, Linda Greensmith and Pierre-Francois Pradat.

SBMA is a rare inherited, adult onset, slowly progressing neuromuscular disease that results in the death of specialized cells, called motor neurons, in the brain and spinal cord that control movement of skeletal muscles. SBMA is caused by an abnormal ‘mutation’ of a protein, called the androgen receptor, which plays an essential role in mediating the effects of male hormones called androgens. However, when mutated, the androgen receptor fails to function normally, resulting in muscle fatigue, weakness and atrophy of muscles in the arm and leg as well as muscles in the face and neck involved in speech, chewing and swallowing. Twitching or cramping of muscles can also occur. SBMA is an ‘X-linked disease’, which means that females are carriers of the mutant gene which they pass down to their male children. As a result SBMA only affects men.

Tremendous advances in basic and clinical research have been made in recent years that have improved our understanding of how the abnormal androgen receptor causes disease. The Workshop has been a unique opportunity to bring together all of the European groups working on SBMA, together with Dr. Fischbeck from the National Institutes of Health, USA, who first identified the mutation that causes SBMA. In addition, Dr. ElMouelhi, from Novartis, USA, also attended the Workshop to present the viewpoint of industry in supporting the development of novel treatments for SBMA patients.

The Workshop started on Friday afternoon with presentations from basic scientists investigating the pathogenic mechanisms that underlie the toxicity of the mutant androgen receptor. The scientists discussed how the mutation affects the structure of the androgen receptor in order to define how this may alter the function of the protein, resulting in pathology. An understanding of the pathogenic properties of the mutant androgen receptor will help to identify strategies to correct it. The discussion opened up to the cellular mechanisms that are altered by the mutant protein, highlighting how the androgen receptor disturbs the processes that are normally in place within all cells which ensure the cell can function optimally. One of these essential processes is involved in ensuring that cells can dispose of unwanted proteins that do not work properly, in order to prevent them building up and forming ‘clumps’ in the cell which stop it functioning. Another important process that is disturbed by the mutant androgen receptor is the way the cell is provided with energy. Normally, cells are provided with energy by specialized cellular ‘batteries’ called mitochondria. In SBMA, these mitochondria may not work normally, resulting in insufficient energy for the motor neurons to function. Tackling protein mishandling and mitochondrial dysfunction may help to halt or slow disease progression in SBMA. Finally, a new development in our understanding of SBMA is that muscle plays a key role in the disease pathogenesis. This is important as it suggests that deficits in muscle may be promising new targets for the development of novel therapies.

The second day of the Workshop opened with a discussion about the critical need to identify better markers of disease progression in SBMA, as well as more sensitive and reproducible clinical measures. This is important as SBMA is a slowly progressing disease, and in order for clinical trials to be able to detect if they are altering the rate of progression of the disease, it is essential to have a way to reliably quantify exactly how the disease progresses. Tools to measure disease severity, such as the ALS-FRS scale used in another disorder of motor neurons called amyotrophic lateral sclerosis, and which scores the ability of patients to undertake a number of daily functions, may not be useful in SBMA. For this reason, SBMA-specific rating scales are being developed.

The participants shared an urgency to develop a European or global SBMA registry, which would gather clinical data and possibly tissue samples. This registry will facilitate natural history studies, identification of new biomarkers, and early recruitment of suitable patients into clinical trials. An SBMA registry could be built in a similar way to a pre-existing large international registry for Charcot-Marie-Tooth-disease.

Detailed clinical characterization of SBMA patients shows that SBMA not only affects the neuromuscular system but also many other organs. Besides breast enlargement and sexual dysfunction, patients may experience urinary problems, cardiac abnormalities, a reduction in bone mineral density and possibly also liver involvement. Since muscle weakness is a major problem in SBMA, the possibility that exercise may be helpful has been tested. Exercise in the form of endurance training has been found to be efficacious in several muscle diseases. However, data presented at the Workshop showed that this form of exercise is less effective in SBMA. Other forms of exercise in SBMA are currently under study.

One section was dedicated to patients. One patient from The Netherlands and his wife, and two patients from Italy described their life with disease, asking questions to scientists and medical doctors. The discussion was focused on quality of life, disease management and potential future therapies.

On the final day of the Workshop, the participants agreed to form an SBMA Consortium to address the issues discussed during the Workshop. This important development will enable experts in the field of SBMA to collaborate in future preclinical and clinical studies. The full Workshop scientific report is published in the journal Neuromuscular Disorders (pdf). 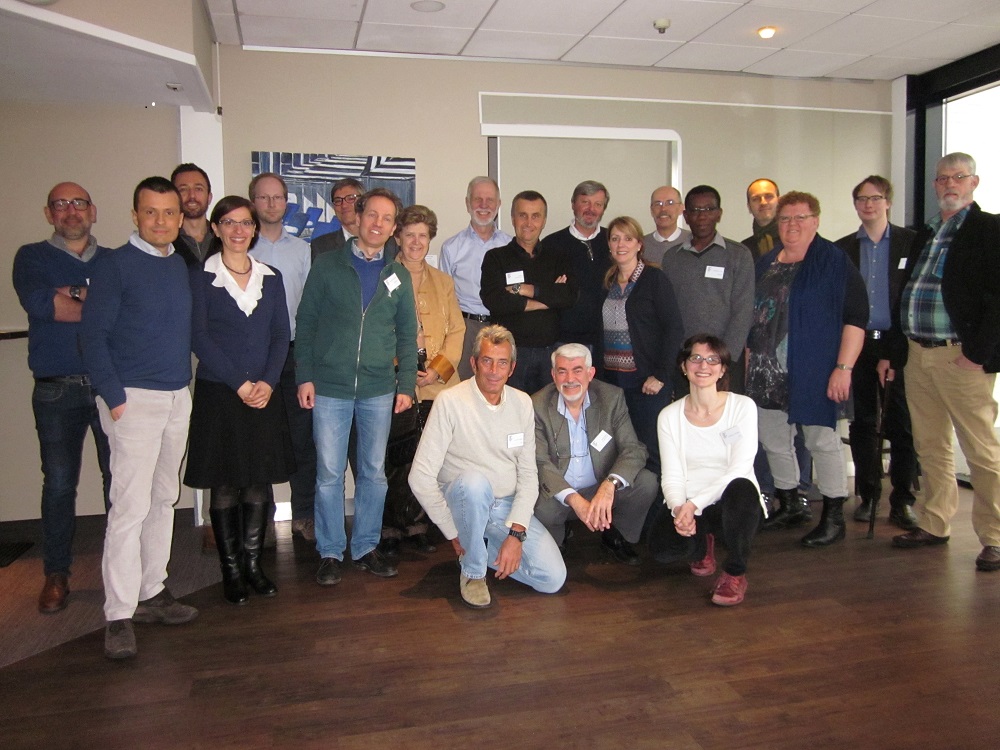