News
You are here: Home / Newborn screening for DMD

Aim of the workshop:

The aim of this workshop was to assess the status of newborn screening programs for Duchenne muscular dystrophy around the world, and to assess technical, ethical, practical aspects on this topic, based on our current understanding of treatment options for boys affected by this disorder. Experiences of families of boys with Duchenne muscular dystrophy who have been diagnosed via newborn screening programme, or following the traditional route, were additionally considered.

The criteria used in different countries to evaluate the suitability of individual programmes for a newborn screening were presented, in particular the different emphasis placed on treatment versus cure. A number of presentations highlighted the early symptomatic features of boys with Duchenne muscular dystrophy, already in the first years of life. This not only results on a long diagnostic journey and considerable associated costs, but also in the perception of poor parenting skills by the parents. The experience of several presenters, together with results of qualitative and quantitative interviews suggests that a true pre-symptomatic i.e. carefree period does not exist in Duchenne muscular dystrophy, or, when it does exists, it is confined to the first few months of life. Regulatory screening committees need to be informed of this fact.

Experience of the practicalities surrounding a number of pilot newborn screening projects worldwide was presented. These comprehensive studies indicate that the current incidence of Duchenne muscular dystrophy is less than quoted, with an average figure of ~1: 5,000 male births. Technical aspects and limitations of some of the pilot programmes test assays and follow-up (i.e. false negative rates; pathways for communication of diagnosis and referral to comprehensive multidisciplinary teams), were highlighted. Benefit of early disease recognition and intervention were discussed, including the fact that due to the delay in diagnosis, standards of care and treatment are initiated late in a significant proportion of affected boys. Evidence of benefit and risk for the child and the families of early diagnosis was described. Encouraging results of novel experimental therapies, some of which are well advanced in phase III studies were discussed. Examples of best practice and pathways followed in other conditions included in newborn screening programmes were presented. The meeting was very productive; it informed the participants on issues that need to be taken into account in preparing the individual countries screening applications, but also areas in which further evidence should be gathered, including effect of early intervention on neurodevelopmental and physical outcomes.

A full workshop report has been published in Neuromuscular Disorders.
(For a copy of the report, click here). 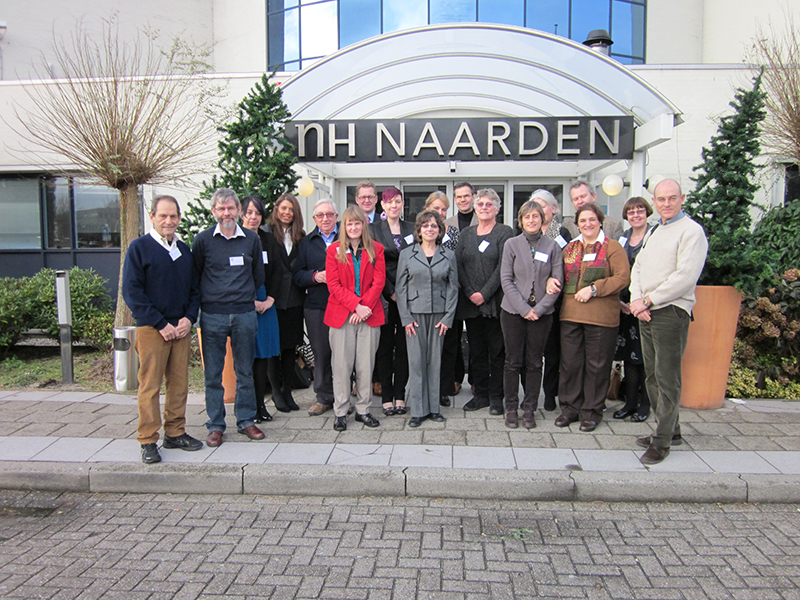