News
You are here: Home1 / Nutrition in ALS

Aims of the meeting:

It was the aim of the workshop to review the nutritional needs of patients suffering from motor neuron disease. On this basis we had the goal to:

1. define a protocol for interventional studies for optimal nutrition in ALS patients.

2. to improve the nutritional support given by PEG and RIG for the ALS patient.

3. to identify any other nutritional issues relevant for the healths of the ALS patients.

In a broader view, the neuromuscular aspects of the work were the following:

I The prognosis of ALS is largely predicted by its neuromuscular component.

II The major cause for impaired nutrition in ALS patients is impaired neuromuscular function. Difficulty swallowing and the associated threat of aspiration pneumonia are caused by weakness of the tongue, pharyngeal and laryngeal muscles.

During our 48 hours meeting we achieved a basis for future discussions and studies with several experts in nutrition. The meeting was fruitful by itself since it brought together experts which were interested in complementary discussions on hither to distinct fields.

We achieved the following consensus on the future strategy of working:

1. To perform a three-armed trial on patients with standard nutritional diets with ALS and PEG or RIG. Diets will be stratified according to caloric intake. Outcome parameters will be survival, quality of live (QoL), body mass index (BMI), the ALS/FRS and bioimpedance measurements (BI).

2. We identified the problem of the refeeding syndrome as potentially hazardous for the ALS patients receiving PEG. As a basis for a future interventional study and/or the development of guidelines for refeeding the starved ALS patient we will collect data in a multicenter approach.

3. We developed a protocol for interventional nutritional studies.

4. We developed a collaboration with both industry and leaders in the field of nutrition of establish more scientific exchange. During the next international meetings on nutrition, there will be satellite symposia with experts from neuromuscular and neurodegenerative diseases.

A report of this meeting is published in Neuro Muscular Diseases. (pdf) 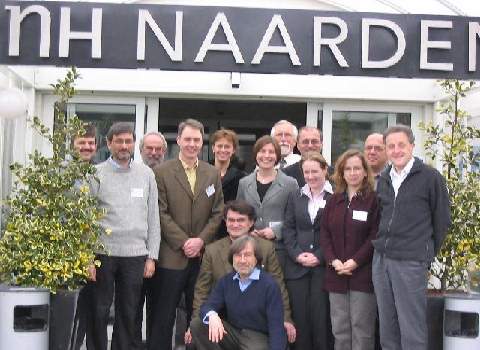